There is a gaping space in evidence informed decision-making (EIDM) in the not-for-profit sector, government and other social development organizations. Many organizations focus on use of data for accountability and do not take a systems thinking approach to learn and adapt. Research and evidence supports this, but few present practical approaches on how to narrow the gap in Africa[1]. The Evidence 2016 Conference brought together various  stakeholders to unpack this gap and present opportunities.

The first Evidence 2016 Conference presented by the African Evidence Network was held on 20-22 September 2016 in Pretoria, South Africa which aimed to bring together research producers, translators and users to explore current EIDM landscapes and approaches to improve EIDM. This was captured in the concise theme: Engage, Understand, Impact; a theme which resonate with the focus of Data Innovator – making data useful.

During the opening ceremony Honorable Minister Naledi Pandor reminded us that “Africa is data rich, but analysis poor.” Presenter’s such as Thomas Scalway from Lushomo Communications demonstrated the value of data vizualisation and communication to condense complex evidence into products which are easier to engage with. His advise was to source the help of the ‘creatives’ as part of an evaluation or research product publication. We at Data Innovator would also recommend options such as using Piktochart, Microsoft Excel and Word and Tableau for in-house production of simple communication products. Discussions around engaging public in evidence aroused much interest in the critical value of such an approach to ensure evidence is contextualized. This facilitates ease of understanding among policy-makers and other users of evidence. 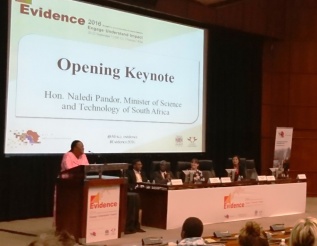 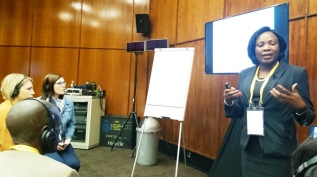 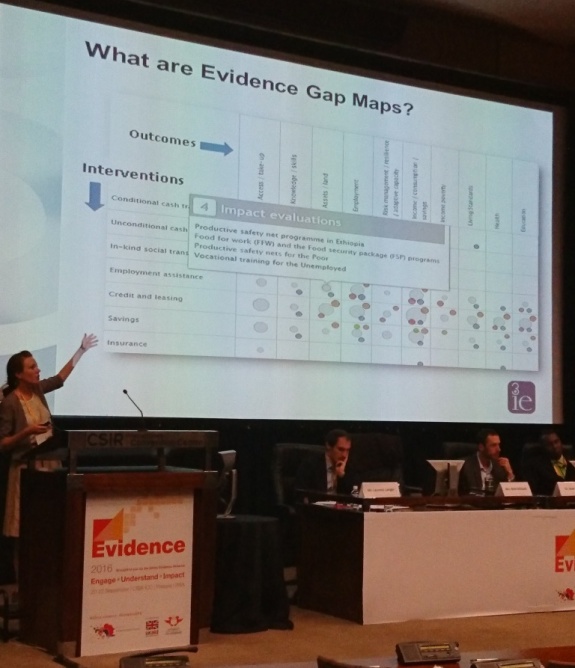 The presentations of various landscapes were depictions of the dynamics at play between the different role players in EIDM. Data Innovator presented a landscape of among Health NGOs in South Africa. The rapid assessment to present the landscape was an insightful exercise. Among the key informants surveyed, a common theme was the significant role donors play in influencing research agendas and competition among research generators and users for funding. It begs the question if we are researching the right things for the right problems? As Ian Goldman, put simply during the government panel discussion, often “Politics trumps Evidence”. Essentially finding the balance in EIDM is more helpful than trying to force feed evidence. In the context of the Sustainable Development Goals, countries in Africa do need to strengthen the ties between evidence and use for improved results.

The Evidence 2016 Conference was a great opportunity to network among EIDM stakeholders, perhaps future representation could increase with more collaboration across other networks and increasing engagement of members. Approaches such as the pods and the visual artists were creative touches to the conference which us Data Innovators appreciated. 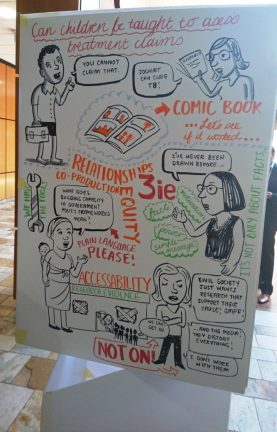 View all posts by JerushaGovender